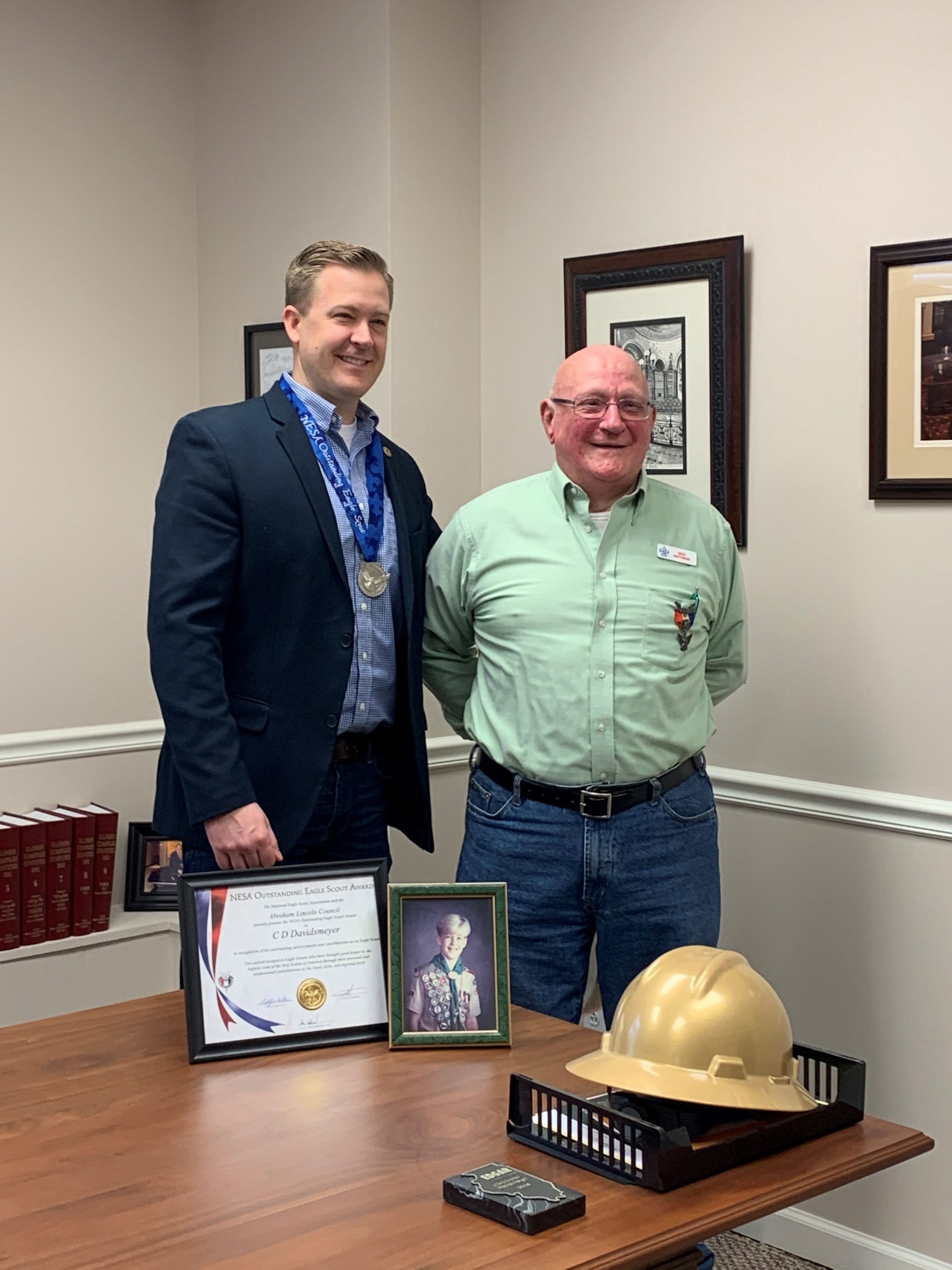 Jacksonville, IL…The Outstanding Eagle Scout Award, given to Eagles who have distinguished themselves with local public service but do not meet the 25-year tenure, has been given to Assistant Republican Leader C.D. Davidsmeyer.

“I am speechless and beyond surprised to receive this award,” said Davidsmeyer.

The National Eagle Scout Association’s website describes candidates for the award as those who, “have inspired others through their actions and have devoted a lifetime to their profession, avocation, community, and beliefs at great sacrifice to themselves and their families.”

Davidsmeyer earned the rank of Eagle Scout right before his 13th birthday.  He was anonymously nominated.  Those who are nominated are judged by their actions and the principles of the Scout Oath and Scout Law.

“BSA contacted my office and said they wanted to video me congratulating the new Eagle Scouts from 2020, which was an honor in itself.  I thought something was strange when they showed up and I didn’t see a camera.  When I walked around the corner, I saw my parents, my wife, and even my Scoutmaster Dick Matthews were there.  I knew something was up, but I never expected this award.”

The award is a silver bald eagle with a blue ribbon.

“This award is a great surprise.  I try to live up to the Scout Oath and Law every day.  I am thankful for my family and troop leaders who have helped me become the man I am today.