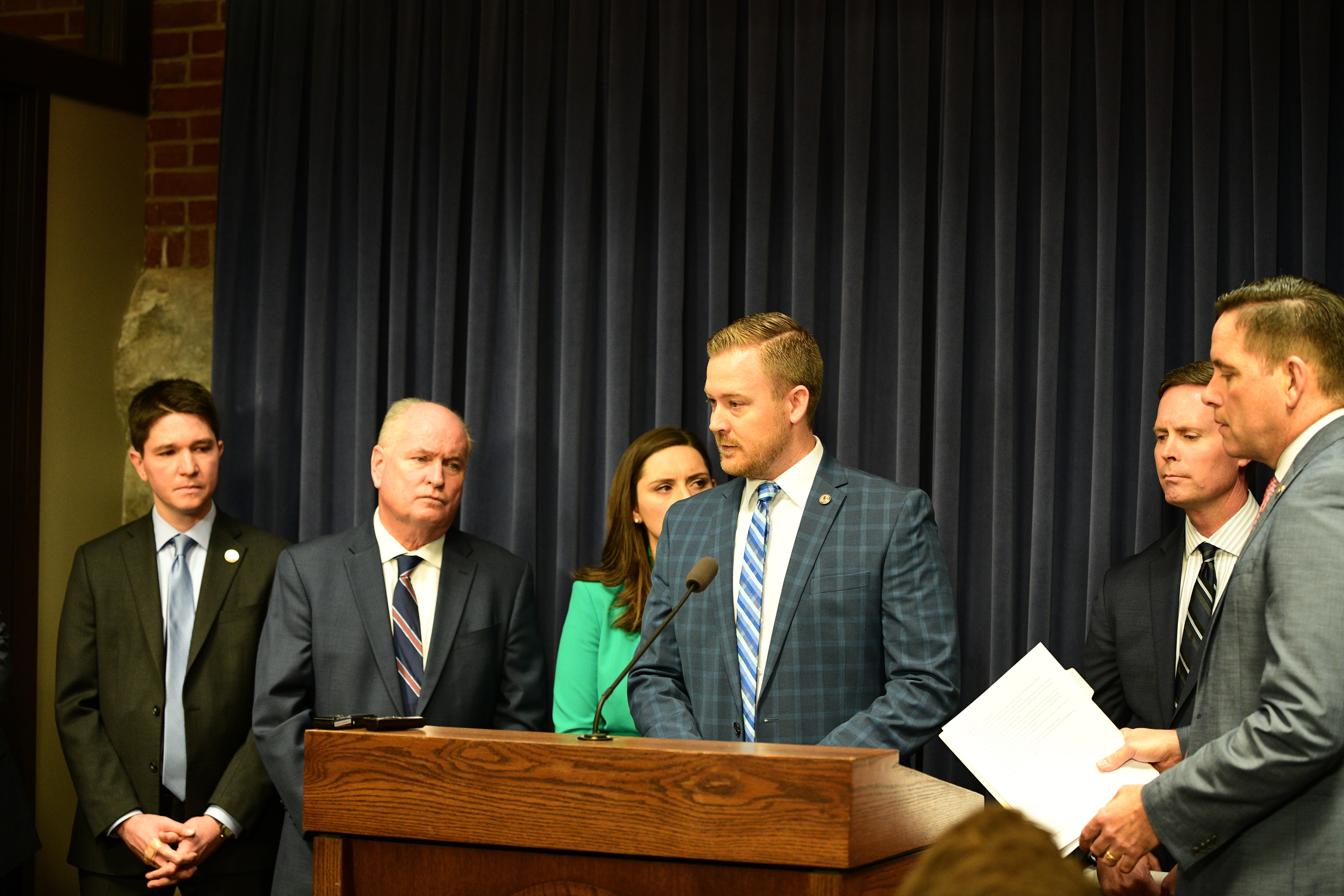 Springfield, IL…Assistant Republican Leader C.D. Davidsmeyer (R-Jacksonville) joined other House Republican Leaders and U.S. Congressman Rodney Davis (R-Taylorville) to draw attention to the recent development that over 500 non-citizens have been registered to vote in Illinois.

“It is ridiculous, in this day and age, that someone who is not a legal citizen of the United States could gain access to our election systems,” said Davidsmeyer.

The revelation of voter fraud came to light when the Illinois Secretary of State’s office sent a letter to the Illinois State Board of Elections (ISBE) that a “programming error” had occurred and inadvertently registered five hundred and forty-five non-citizens.

“The automatic voter registration program should be suspended until we know what is really going on in the Secretary of State’s office.”

Davidsmeyer called on the SOS Inspector General to investigate the voter fraud that has been committed.

The Automatic Voter Registration Act (Public Act 100-0464) requires the Secretary of State to automatically register voters and transmit the information to ISBE.  ISBE then sends the new voter information to local county clerks.

“There are now greater requirements to get a driver’s license, especially the new ‘Real ID’, than there is to get registered to vote.  I want to make sure that as many legal citizens of the United States have access to voting as possible, but we have to ensure that there is no outside influence.”

Davidsmeyer says that time is of the essence because early voting for the March 17 primary begins February 6.

“We must remedy this problem and root out illegal voters before the next election.  Early voting for the March primary begins in two weeks.  We must have a fair election without voter fraud.