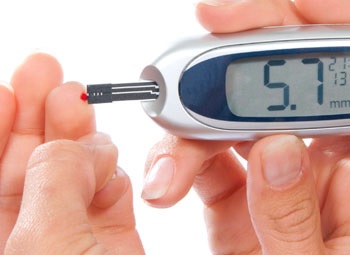 Springfield, IL…Assistant Republican Leader C.D. Davidsmeyer (R-Jacksonville) joined a bipartisan group to work towards more affordable insulin.  “If you have a loved one affected by diabetes, you know the high cost associated with managing this disease,” said Davidsmeyer.

“The full list price for a vial of insulin is $300.  Someone who needs both fast-acting and long-acting insulin could pay up-to $2,100 a month.  With this bill, we’ve now capped the monthly co-pay for insulin at $100,” said Davidsmeyer.

Senate Bill 667 passed the Illinois House 100-13-1.  Davidsmeyer added that while he supports this band aid fix, it doesn’t do anything to go after the real cause: price-gouging by the manufacturers of insulin.

“While this may hold costs for some people, the reality is that this will only help 20% of those insured, since most plans are regulated by the federal government and can’t be affected by state law.  It also does nothing to go after the drug-manufacturers who continue to artificially drive up the cost of insulin.”

“If we want to have a real effect on the true price of insulin, we must work with the federal government, as well as other states to end price-gouging.  I call on the Attorney General of Illinois to join with Republican and Democrat Attorneys General across the nation on an issue that is truly bipartisan.” “The American Diabetes Association states that nearly 12% of Illinoisans have diabetes.  It makes sense that with so many people suffering from diabetes that we do something today while we work to end price-gouging!”