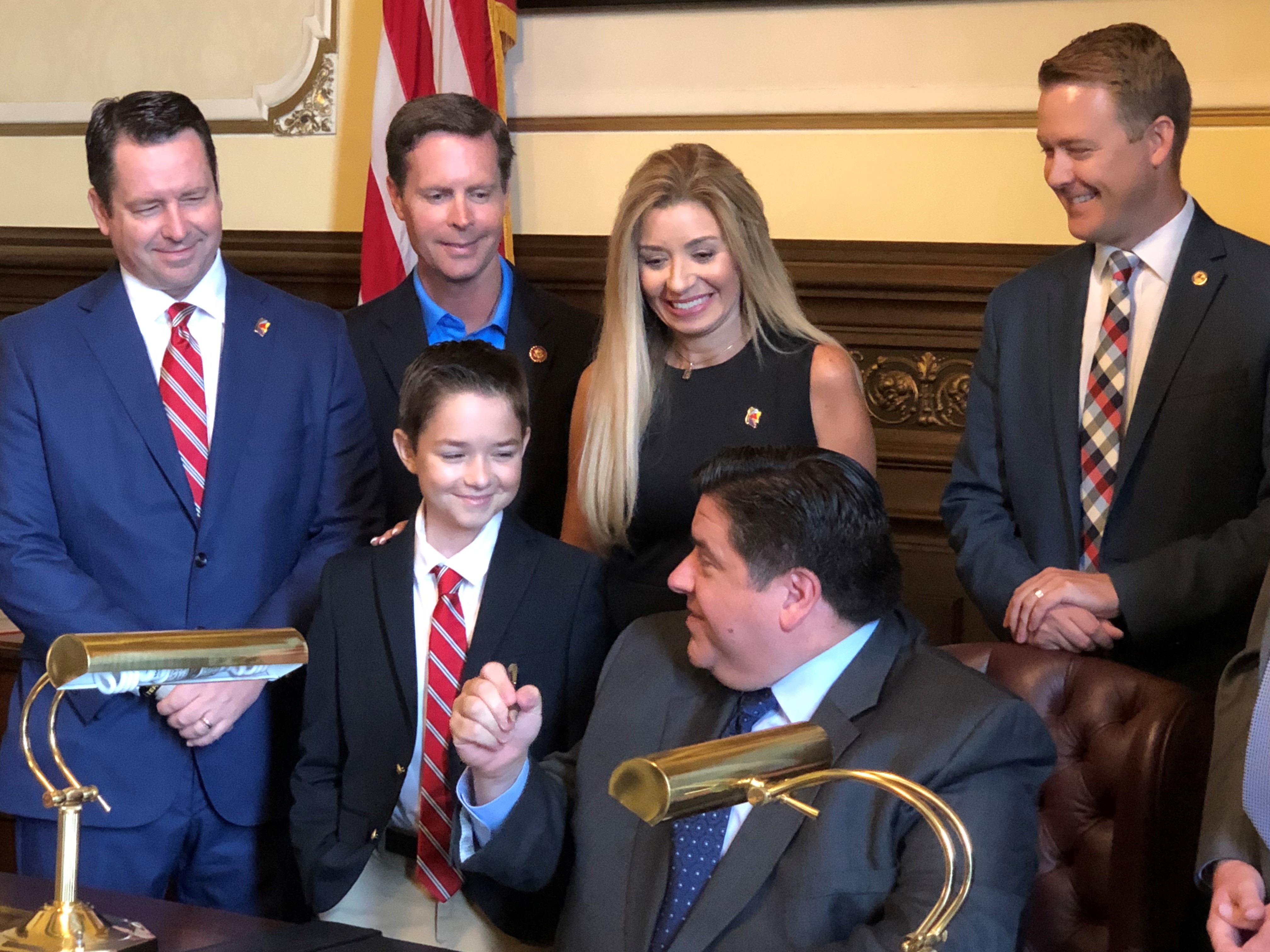 SPRINGFIELD, IL…….Senate Bill 946 sponsored by Senator Steve McClure (R-Springfield) and Representative C.D. Davidsmeyer (R-Jacksonville) was signed into law this morning by Governor Pritzker in honor of Jerseyville resident Jonny Wade, who passed away from cancer at age eight. The legislation authorizes universal special license plates and license plate decals to raise awareness and funds for pediatric cancer treatment and research.

“When I learned about Jonny Wade and his family, I wanted to introduce legislation to help fight pediatric cancer,” said Sen. McClure. “His story and the wisdom that he showed during his courageous fight is inspirational, as is his continued fight against cancer through the work of his family. I’m proud that this legislation was my first bill to pass out of the Illinois Senate. It is in honor of Jonny and all the kids in our state who have fought and are fighting cancer.” The bill was sponsored by Sen. McClure in the Senate and Rep. Davidsmeyer in the House of Representatives.

“The Wade family mission is to end pediatric cancer through their ‘Kids Shouldn’t Have Cancer Foundation,’” said Davidsmeyer. “It is unimaginable to know the sorrow that their family has had since the loss of Jonny. However, they have turned their grief into the goal of ending cancer. This specialty license plate will allow all Illinoisans to choose to direct funding towards ending pediatric cancer.”