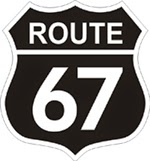 “This shows my commitment and the commitment of the State of Illinois to bring 67 to Jerseyville and continue north. IDOT will also begin conducting engineering, environmental and land acquisition plans that are needed to proceed forward on this four lane expansion,” said Davidsmeyer. 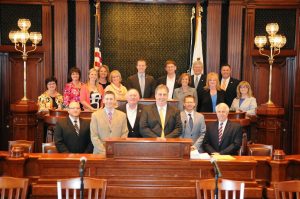 Rep. Davidsmeyer and Members of the Jacksonville Chamber of Commerce

Representative Davidsmeyer’s announcement comes from the recently released multi-year road construction plan created by the Illinois Department of Transportation (IDOT). Rep. Davidsmeyer and the Jacksonville Chamber of Commerce recently met with an IDOT official in Springfield. They discussed the Route 67 corridor extensively during their meeting.

U.S. 67 will see three phases of construction over the next six years. Phases I and II consist of engineering, land acquisition and utility adjustment. Phase III includes road construction, drainage, signing and lighting. IDOT’s multi-year program for 2016 through 2021 can be found at http://1.usa.gov/1e5uyfb.