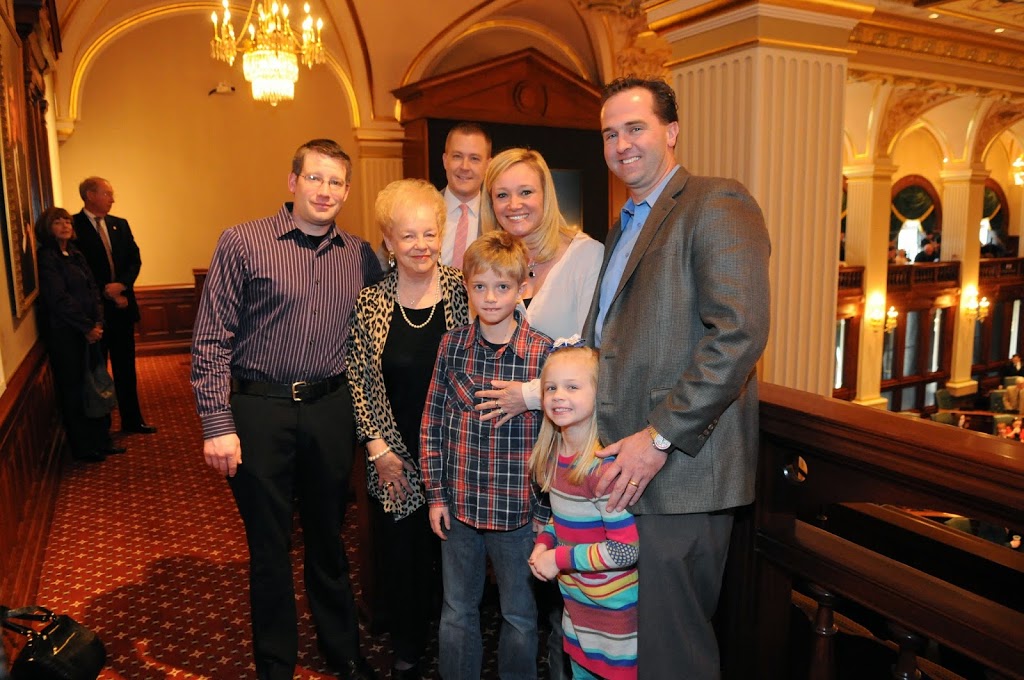 Richard “Dick” Rawlings was chairman of the IL Rt. 67 corridor committee. He worked tirelessly to change Rt. 67 from a two-lane road into a four-lane highway. “I can’t think of a more fitting way to honor Dick Rawlings and his family than by renaming a portion of Rt. 67 in memory of him,” said Davidsmeyer.
“Renaming this highway is a lasting tribute to Dick Rawlings and his commitment to improving Rt. 67. He worked tirelessly for our community, region and state to make progress on Rt. 67 a reality. His life of service reminds us that there is still work to be done,” said Davidsmeyer.
The Rawlings family was present in the House Gallery to witness passage of House Joint Resolution 15. The legislation moves to the Senate where it expects passage in the near future.